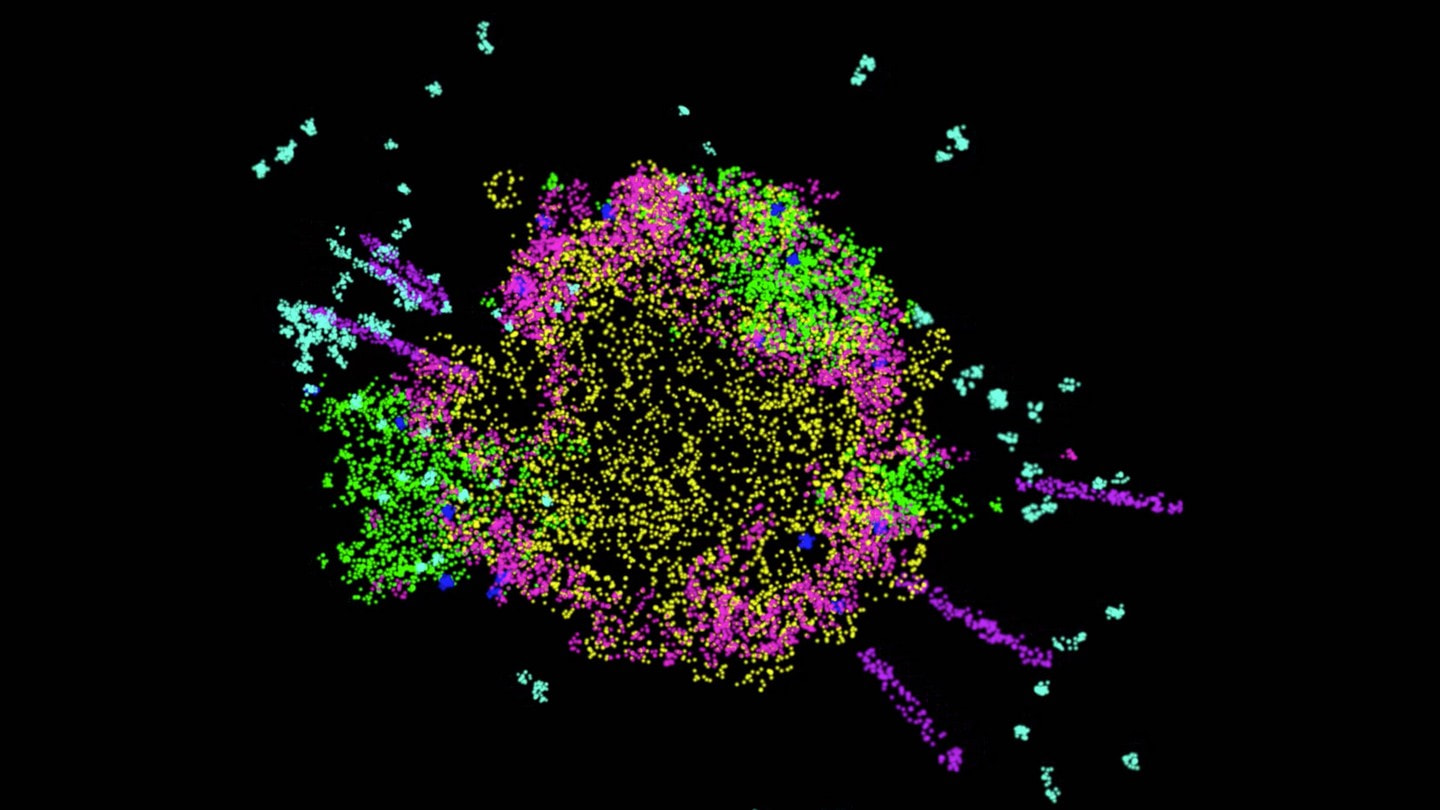 The supernova remnant, Cassiopeia A, is one of the most famous objects in the Milky Way. We can now explore the structure and make-up of “Cas A” with an augmented reality app developed for Microsoft’s HoloLens. Glowbox collaborated with Kimberly Kowal Arcand, the Visualization & Emerging Tech Lead at NASA's Chandra X-ray Observatory, to celebrate the 20-year anniversary of NASA’s interstellar telescope at the 2019 World Science Festival in New York. 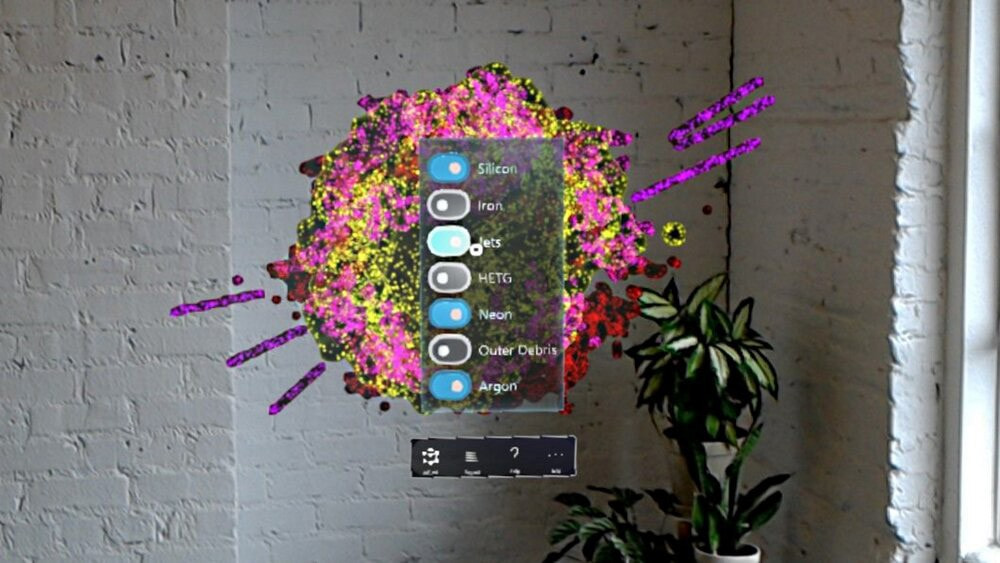 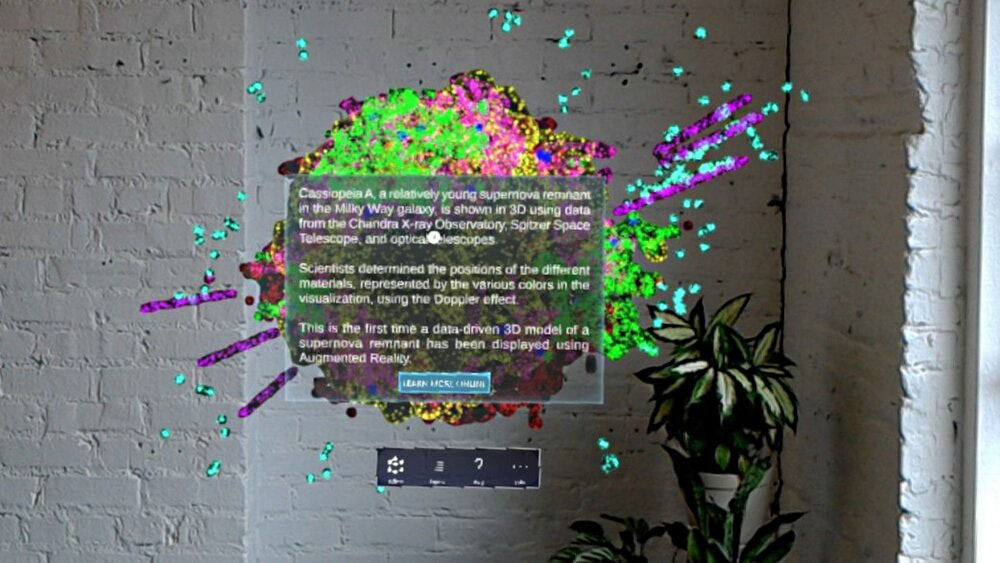 brief description of Cassiopeia A

Cas A is the result of a massive stellar explosion, leaving behind a combination of gases and debris that continue to expand radially from its explosion center. By creating an interactive virtual model we can better understand these spherical and gaseous components. The researchers at NASA used combined data from Chandra and ground-based facilities to construct a 3D model, using the doppler effect to determine the positions of different gaseous elements. Cassiopeia A(R) allows us to observe this research in an augmented reality experience that’s the first of its kind. The app allows the viewer to learn about Cas A using voice and hand commands to rotate and scale through the model, toggling different gaseous layers on or off.

At Glowbox, we were tasked with creating a well-designed 3D visualization of Cassiopeia A, translating research data into an application that’s exciting to learn and interact with. Starting from the ground up, we devised the system + experience design that would allow the user to explore and transform the model at their own pace using voice and hand commands instead of controllers.
We typically experience the cosmos through two-dimensional formats— now we can visualize the composition of these marvels in our own “space”. Cassiopeia A(R) allows folks to bring the model into their classrooms or homes, providing new insights to astronomers and curious minds alike. By collaborating with scientists and educators we can develop new tools and experiences that improve how we research and consume information. The intersection of mixed reality and science pushes us towards new modes of education by adding an extra dimension, bettering the future of science and exploration.
Learn more about Cas A 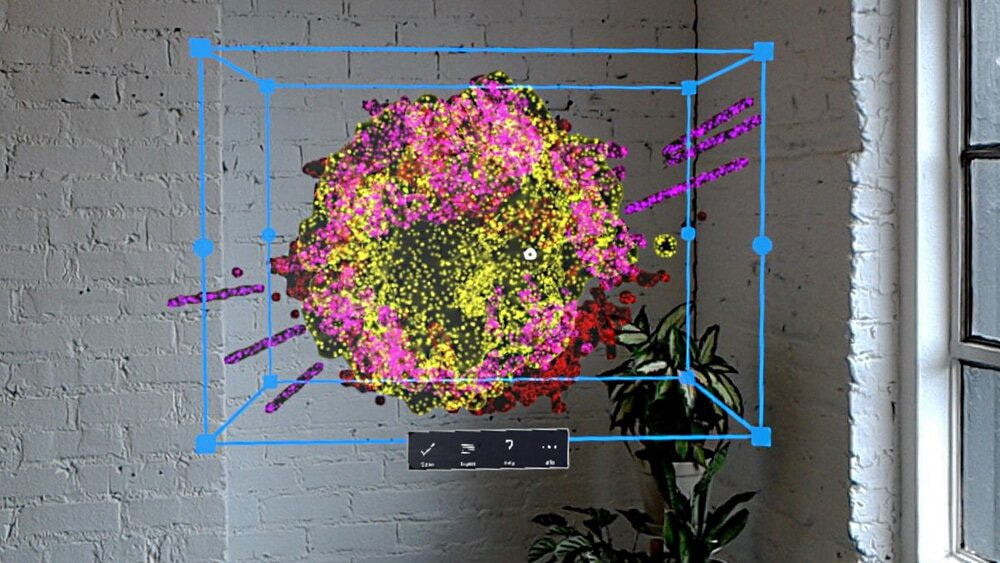 Move, scale, and rotate the nebula in physical space

The Chandra X-ray Observatory is NASA's flagship mission for X-ray astronomy. Chandra is a telescope specially designed to detect X-ray emission from very hot regions of the Universe such as exploded stars, clusters of galaxies, and matter around black holes.